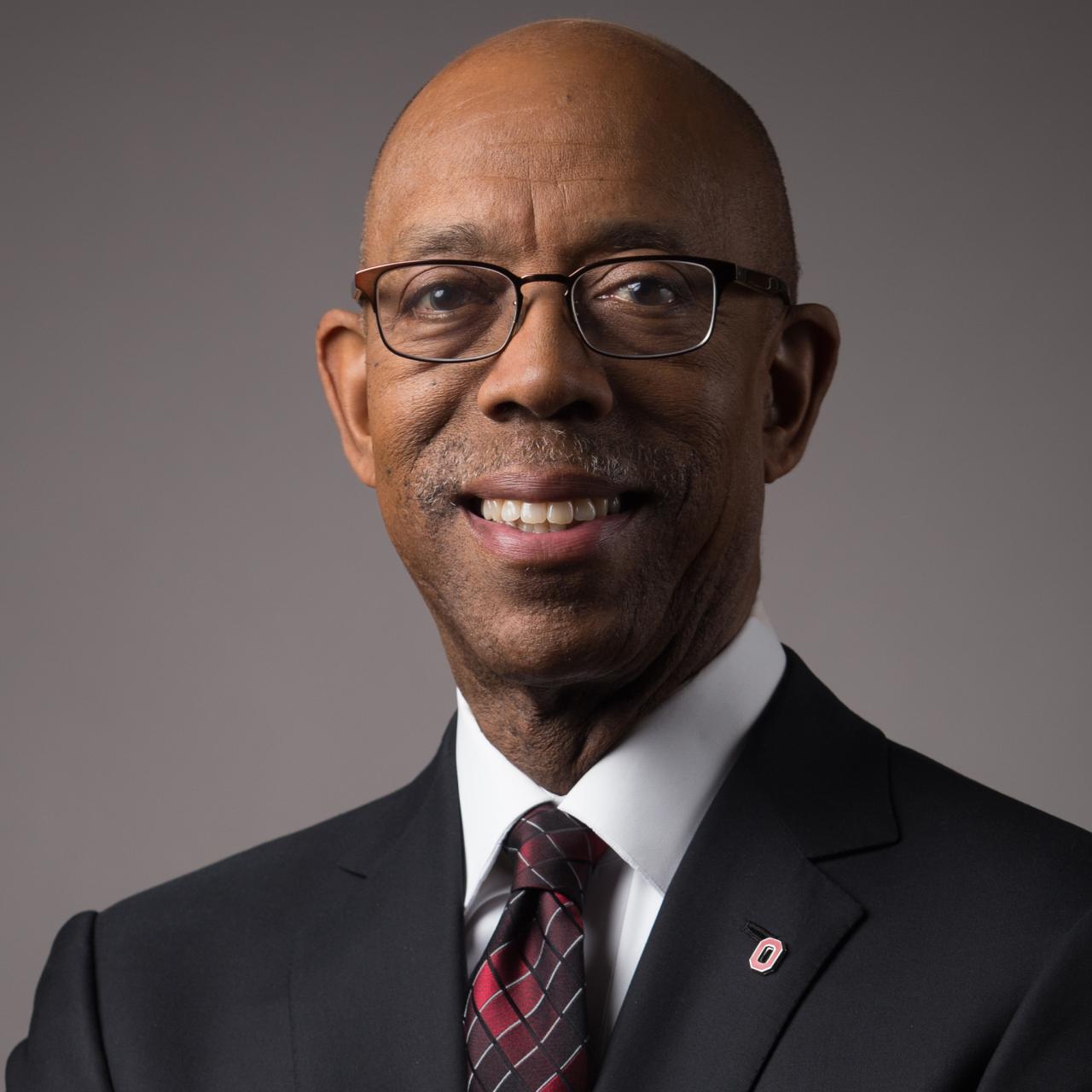 During his tenure, Ohio State has seen record highs in applications, graduation rates, academic excellence, diversity, and donor support. In 2019, the university broke records for overall research productivity, with $929 million in expenditures and $158 million in industry-sponsored research. The university also has received national recognition for its commitment to teaching and learning as well as all-time highs in patient satisfaction, patient volume and clinical outcomes at its academic medical center.

To support greater access to an affordable and excellent Ohio State education, Dr. Drake directed the university in 2015 to identify $400 million by 2020 to lower costs and improve value for students and families. Since that time, the university has more than tripled its target — generating $1.3 billion through operational efficiencies and innovative funding strategies.

The university has also committed $200 million in additional need-based aid to students and families since 2015, well exceeding its stated goal of reaching $100 million by 2020.

The Buckeye Opportunity Program, which began in Columbus in fall 2018 and expanded to regional campuses in spring 2019, ensures that Ohio students who qualify for Pell Grants receive an aid package that covers the full cost of tuition and mandatory fees. The President’s Affordability Grant Program currently supports more than 15,000 middle- and lower-income students on all Ohio State campuses. Thus far, more than 40,000 Buckeyes and their families have benefited from new or expanded affordability programs since 2015.

In 2017, Dr. Drake led the establishment of the Ohio State Tuition Guarantee — freezing tuition, mandatory fees, and housing and dining costs for four years for incoming, in-state freshmen. He also increased the value of Ohio State Land Grant Opportunity Scholarships to cover the full cost of attendance while doubling the size of the program in 2018.

Also, in 2017, Ohio State announced a collaboration with Apple to create a comprehensive learning initiative to support educational innovation and economic development. Digital Flagship, now in its second full year of implementation, provides new learning technology, enables novel approaches to teaching and creates 21st-century learning opportunities across Ohio State’s campuses and throughout the communities it serves.

From July 2005 to June 2014, Dr. Drake served as chancellor of the University of California, Irvine. He was also a Distinguished Professor of Ophthalmology (School of Medicine) and Education (School of Education). During this time, UC Irvine became recognized nationally for advancing social justice through education and exemplifying environmental stewardship and institutional sustainability.

Prior to his role as chancellor of UC Irvine, Dr. Drake served for five years as vice president for health affairs for the University of California system, where he oversaw academic program policy at the system’s 15 health sciences schools, located on seven campuses. He also spent more than two decades on the faculty of the UC San Francisco School of Medicine, ultimately becoming the Steven P. Shearing Professor of Ophthalmology and senior associate dean.

Dr. Drake is an alumnus of Stanford University (BA) and UC San Francisco (MD), and holds four honorary degrees. He is an elected member of both the National Academy of Medicine and the American Academy of Arts and Sciences. He has received numerous honors and awards for teaching, public service and research, including the Burbridge Award for Public Service, the Asbury Award (clinical science) and the Michael J. Hogan Award (laboratory science).

In 2014, he was awarded the University of California Presidential Medal, in recognition of his exemplary career of service to the university at multiple venues. In 2017, he and his wife, Brenda, were awarded the 10th Annual King Arts Legends & Legacies Award as well as the University of California-Irvine Medal, joining past honorees ranging from U.S. presidents to Ella Fitzgerald.

Dr. Drake and his wife, Brenda, have two grown sons and four grandchildren.